For Northers, there is no place for summer vacation like Halkidiki. Not so far from the second most populated city in Greece, Thessaloniki, Halkidiki is a long coastline, expanded in three peninsulas, each one with unique characteristics and crystal – clear waters. There are many reasons why you should visit Halkidiki and here are five of them.

Many choices for swimming

Vourvourou, Kavourotrypes, Posidi, and Ormos Panagias are some of the many heavenly beaches that can be found on the peninsula. Some of them with beach bars and seaside resorts and others are hidden within rich nature, less touristy but not less beautiful. Sail over and discover many of them with turquoise waters and golden sand. For sure, there are worthy of the reputation of being among the best in Greece.

History can be found anywhere

As a region, Halkidiki has been inhabited since prehistoric times. The Cave of Petralona, where prehistoric human traces have been found, and the skull of a person that had lived almost 200.000 years ago. From ancient Greek and Roman sites to Byzantine fortifications and towers, Halkidiki is also known for being the birthplace of Aristotle, a former teacher of Alexander the Great and great philosopher.

Only isolated community for monasticism

The third “leg” of Halkidiki is different from the others. Starting from the harbor of Ouranoupolis begins a monastic community of Athos where only men are allowed to enter with special permission. But for anyone who seeks to feel the spiritual aura of this seductive place, a cruise will be a great alternative.

It might not have the same glamour and magic as the other Greek islands, but this small piece of land, floating on the emerald blue Aegean Sea, seems like a tiny haven, off the beaten touristic track. Longing for exploration? The islet of Ammouliani is the perfect place as well as to enjoy the sun diving into the sea.

Like many places in Northern Greece, Halkidiki has also a culinary tradition to be proud of. With an abundance of fruit and vegetables, as well as animals that produce milk and honey. Grown in a fertile landscape, Halkidiki is a gastronomical paradise with exceptional animal products

such as feta and honey, as well as olive oil, wine, and fish that constitute some of the most remarkable Greek dishes. 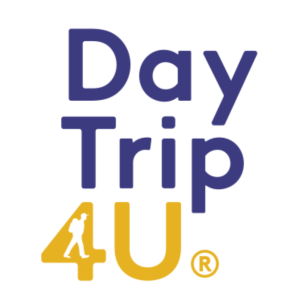 Top Things to Do in Crete

Top 10 + 1 Places to Photograph in Crete 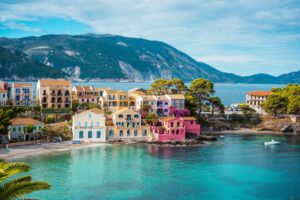 5 best places to visit in Kefallonia