Tenerife in Spain has always been a popular destination for a relaxing summer vacation at a sun-soaked resort. Although this does sound like the epitome of summer holidays, we thought we’d spice things up a bit by recommending the best 5 things to do in Tenerife which are quite off-the-beaten-path and unique.

Due to its low levels of light pollution, Tenerife is among the best destinations in the world for stargazing. You can visit the Teide National Park on your own or in the company of a professional astronomer who will let you in on the secrets of all the constellations that light up Spain’s night sky.

Ever since 2014, Puerto de la Cruz in Tenerife is heaven on earth for Street Art lovers as that was the year that the city launched the Puerto Street Art Project. So, while you stroll around the historic centre of Puerto de la Cruz, especially Calle Mequinez, watch out for the most impressive murals and keep your phones handy for the best Instagram Stories!

Take a Day Trip to Garachico

From strolling around quaint Plaza de la Libertad to swimming in the pristine waters of a natural pool made of lava, Garachico is an amazing place to spend a day while vacationing in Tenerife.

Masca is one of the most picturesque towns in Tenerife and the nearby Masca Gorge is a site of superb natural beauty. There is a fantastic hiking route that goes through the town itself before visiting gorgeous landscapes which range from sub-tropical forests to peaceful meadows. The hike is quite strenuous at times so it’s best to join a tour led by a professional guide rather than go for it on your own. This way, you’ll have nothing to worry about and you’ll be able to make the most of your unique trip to nature.

You can’t leave Tenerife without trying a barraquito, the island’s signature hot drink. Usually served after a meal, a barraquito is a fine blend of espresso, liquor and condensed milk. Sounds perfect, doesn’t it? 6+1 Things to Do in Malaga For an Unforgettable Trip 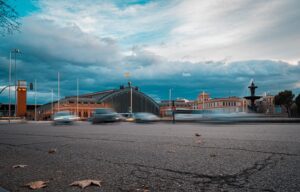 Top 7 Things to Do in Madrid